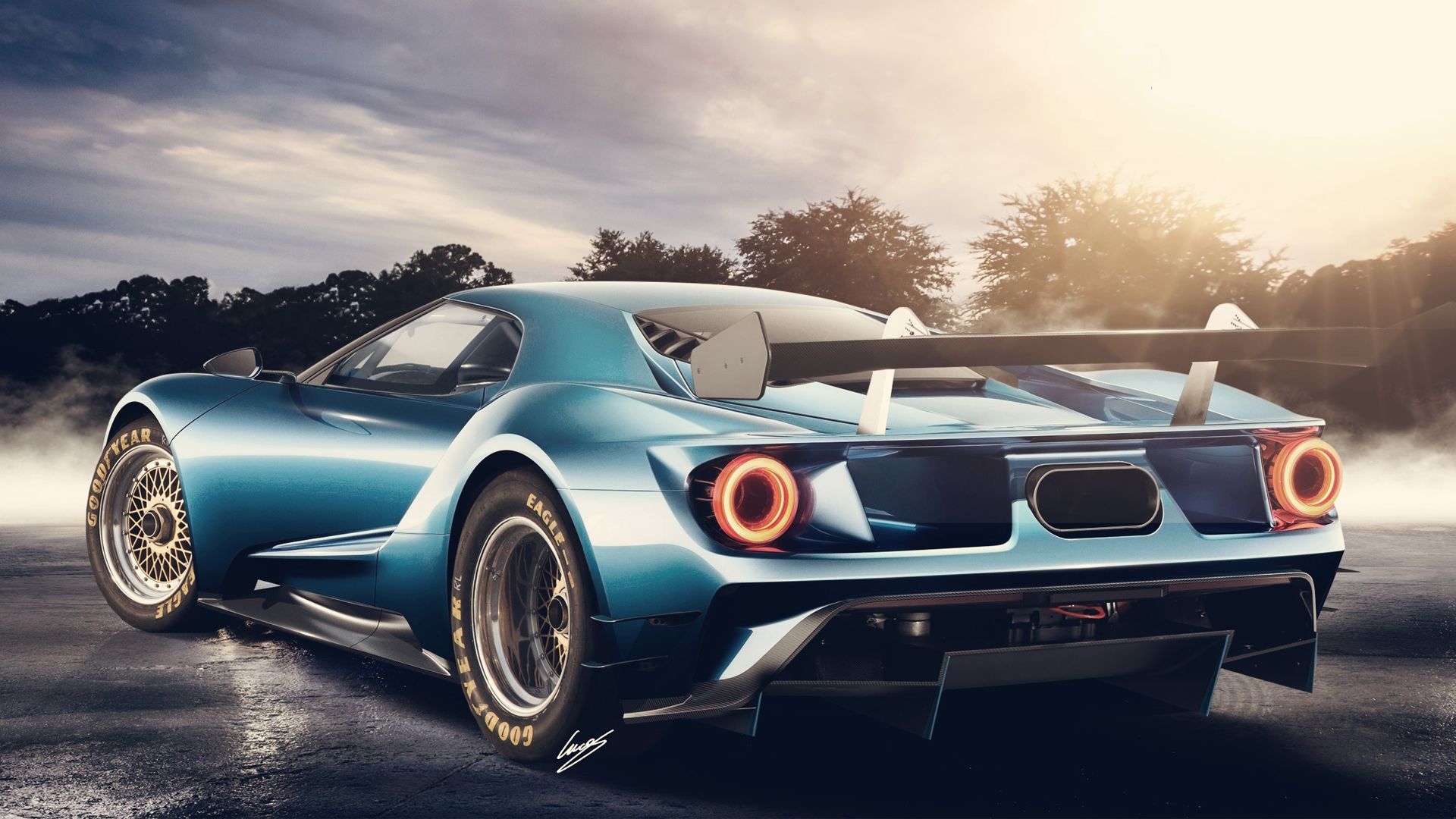 It’s been over a decade since we’ve last seen the Ford GT, but its speedy 550 HP blur is far from forgotten. Many remember the 5.4L V8 Supercharger 6-speed Manual and the timeless model design inspired from the classic Ford GT 40. Now a decade later, the 2006 Ford GT is making an exotic echo that challenges the increasing value of the 05-06 run. 2017 will mark the jaw dropping rebirth of the even more powerful modern Ford GT.

By the looks of the 2017 design, the Ford GT is moving into a new timeless era. Firstly, it challenges its most recent counterpart with a vicious improved 600 horses. If the 06′ didn’t beckon for the open track, then the additional 50 horses trapped under the carbon-fiber hood of the 17′ will do the trick. The V8 has been set free but a vicious yet efficient new era twin-turbocharged 3.5-liter EcoBoost V-6 engine has stolen its place. Some enthusiasts believe the 2017 EcoBoost engine is a powerful relative of the Ford F-150 Raptor which is set to release in 2017 as well.

The new GT challenges the classic 06′ with an additional gear via a seven-speed dual-clutch automatic transmission with wheel mounted paddle shifters. Former GT fans will be sad to know the 17′ model will not be offered in manual. Carbon-ceramic brakes will help to slow this supercar along with the monstrous grip of the 20 inch Michelin Pilot Super Sport Cup 2 tires which will also help to keep your Ford GT held tightly to the ground.

The aerodynamics speak to both the inside and outside of this modern era supercar. With a rear reminiscent of a Le Mans prototype racer and a front end that shouts back to the 60s and 06′ models, the Ford GT 2017 merges timeless design with modern aerodynamics. The cabin tapers to the central exhaust outlets while the rear fenders seemingly float disconnected from the main fuselage.

The sophisticated design is evident from both seats of the GT cabin. The dashboard displays show digital read outs alongside the center console touch screen which is back loaded with Ford’s newly introduced Sync 3 infotainment software. This new interface reaches into a new growingly familiar era of connectivity, intuitive use, and customizable design.

Some might say the previous echos of the Ford GT supercar aimed to bridge the gap between conventional vehicles and performance supercars, but with the 2017 reissue, it’s clear the Ford GT Team is reaching beyond traditional timeless design and merging it with 21st century speed, aerodynamics, and of course the design and feel of a classic still sought after vehicle.