7:01 The Story of Viper’s Return to the Green Hell

The Ringers’ of Viper’s Return. 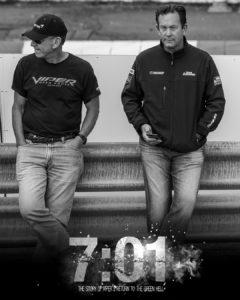 “I was personally involved in the record effort in 2011. I was personally involved in a bunch of the behind the scenes planning on this effort. I know how much work went into this. I am also a racing driver. I know that to get the most out of a car, you need to push it hard. I have been involved in several incidents throughout my career that felt like this. The main difference is that I didn’t have a film crew watching my every move. Congratulations to Colin Fox for putting together such a great documentary. Congratulations to everyone involved for keeping in real. This was a legit grassroots effort. The ups and downs are part of life, but even more so at the Nurburgring. I am grateful to be able to relive it through this film.” – Mr. Ben Keating / Ben Keating Racing / ViperExchange